Texas and California are trying to reform legal migration on their own. The politics in these two states couldn't be more different, but legislators in both states recently proposed running their own guest-worker visa programs to get around the federal immigration reform gridlock. Relying on states to create their own migration systems may well be the solution to America's immigration woes.


One-size-fits-all national immigration laws aren't working. Federal reform efforts have repeatedly failed, so why not let states take a crack at it? States experiment with education, welfare and drug policies — immigration should be next. 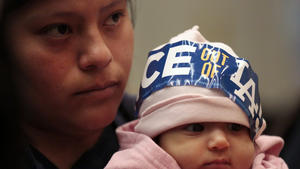 No ICE in L.A. County jails

A state-based guest-worker visa seems like a radical idea because immigration rules generally fall under federal jurisdiction in the United States. However, Canada and Australia — which like the U.S. are continent-spanning, economically diverse countries with traditions of federalism — each have such programs.

In a recent report, Canada called its Provincial Nominee Program a success; 96% of the program's immigrants to Manitoba, British Columbia, Alberta and Saskatchewan were employed within a year, many filling niche rolls in the labor market.

If the U.S. government followed that example and relinquished some migration powers to state governments, we'd see a proliferation of different visas regulated in various ways.

California might create a state visa for high-tech workers and agricultural laborers, while Texas might create visas for agriculture, construction and high tech. Michigan could create one for real estate investors in Detroit. There could be hundreds of different visas all tuned to local economic demands rather than just one or two temporary federal visas forced to fit the needs of the entire U.S. economy

Federal reform efforts have repeatedly failed, so why not let states take a crack at it? States experiment with education, welfare and drug policies -- immigration should be next.-

After noting the failure of federal immigration reform, Alejo said, "If California wants change in immigration policy, we as state officials must stand up and lead." His bill would create a guest visa work permit for unauthorized farmworkers already working in the state. None of the Texas bills would have legalized any current unlawful migrants, but they would have provided for the future entry of legal migrant workers to Texas.

In both states, the bills require that the federal government grant a waiver or permission to run their own programs. That has been a stumbling block for Kansas, Utah and Colorado, which have also tried to establish their own guest-worker programs in recent years. The waivers weren't forthcoming, but Washington would have a much harder time ignoring politically powerful California and Texas, which have the two largest economies in the United States.

State-based guest-worker programs admittedly bring up some potentially thorny issues. One is that migrants who enter the U.S. in one state could simply leave and work in another illegally. That problem would probably be a minor one. Only about 2% of current visa "overstays" involve guest workers, while 87% are tourists and vacationers. Guest workers are more closely regulated than tourists, and they have much more to fear from deportation, so fewer of them overstay. 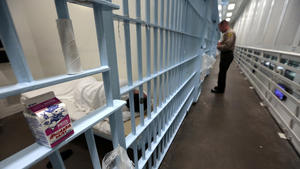 
If, however, state guest workers do disappear, states have more flexibility to experiment with responses and prevention measures. They might make guest workers pay a bond that they forfeit if they violated the program, or levy fines against employers when their workers leave, or deduct some amount of wages to be returned when the worker leaves the U.S. as agreed.

Another concern is abuse of guest workers, as has happened in the past. Allowing guest workers' visas to be tied to employment in a state rather than to specific employers would go a long way toward preventing such abuses. States are in a better position than the federal government to discover, appropriately punish and design programs to prevent worker abuse.

State guest workers would not be eligible for citizenship. The Constitution unambiguously assigns naturalization — the process of becoming a U.S. citizen — to the federal government. A decentralized guest-worker visa would merely allow states to create narrow and enforceable migrant worker programs tailored to local needs.

With immigration reform deadlocked on the federal level, Washington should get out of the way and let the states devise their own migration policies.

Alex Nowrasteh is the immigration policy analyst at the Cato Institute.


For more information, go to: www.beverlyhillsimmigrationlaw.com
Posted by Eli Kantor at 11:08 AM